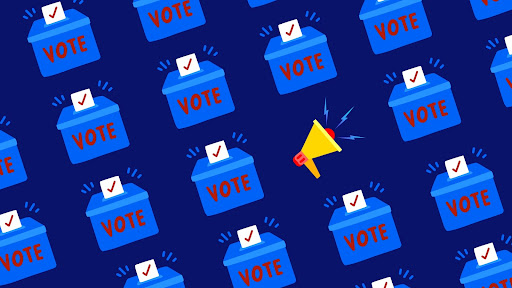 As the midterm elections on Nov. 8 approach,  take the opportunity to elect the best candidates to address our current political issues, especially on topics like climate change.

The U.S. midterm elections occur every two years, halfway into the president’s term. The main officials that we’re voting for in Florida are the House of Representatives, a senator and our state governor. As American citizens, it’s the perfect time to exercise our natural right to vote.

Voting is arguably one of the most effective ways of helping your community— it helps turn significant acts into legislation and, most importantly, elect appropriate candidates into office.

For example, Floridians will get to choose whether our current governor Ron DeSantis (R), will continue to serve his role or if it will be passed onto Charlie Crist (D).

While no environmental amendments have been introduced onto the ballot, the spot for commissioner of agriculture is up for grabs for either farmer Wilton Simpson or minister Naomi Esther Blemur.

This is important considering that the commissioner’s role consists of overseeing farming, food production and general environment concerns — things that have deeply affected Florida for years. We need to protect our food and environment since we take advantage of them daily — it’s about time we show some care for our state.

The current Commissioner of Agriculture Nikki Fried struggled to do this, with an ongoing cane-burning scandal that put her in a bad light last year.

According to Sierra Club, an environmental organization from California, “Farmers burn sugarcane crops before harvest to remove the leaves and tops of the sugarcane plant leaving only the sugar-bearing stalk to be harvested.”

Unnecessarily burning crops to harvest them not only slightly damages crops, but negatively impacts air and life quality in the surrounding area. Glades, a county north of Miami, can attest to this.

Something as simple as breathing gradually became harder for Glades residents, which prompted them to file a federal lawsuit back in 2019 against sugar farmers for the harm caused to their health.

Unfortunately, the case was dismissed in February of this year.

An announcement made by Fried to make “historic changes” to the sugar industry was found to be misleading and contradictory by an investigation by Palm Beach Post.

The next commissioner of agriculture shouldn’t be so irresponsible, and instead properly address people’s concerns and avoid these misleading statements that can confuse them.

Actual change to our environment must be done, because we deserve to live in a sustainable and innovative place.

Since Simpson and Blemur are battling for Fried’s position, it’s up to us as voters to decide who will be the next person to assist Florida’s agriculture. It’s also our responsibility to be guided by their aspirations and plans for when one of them gets elected.

Simpson, the Republican candidate, states in his website that he considers farming to be more than a job, but “a way of life.” Some of the notable actions he’d pursue if he were elected is to protect farmers from lawsuits, increase agritourism for profit and preserving and investing in Florida’s infrastructure.

And, in classic conservative behavior, he wants to help families achieve the American dream while banning sanctuary cities for immigrant families who want the same.

On the other hand, Blemur, a Haitian-American woman and the Democratic candidate, plans on advocating for small farmers, investing in clean energy and building a hemp economy for when she’s elected.

“I am the granddaughter of female farmers who came to the United States with nothing and built lives for themselves and their families through farming,” said Blemur in her website.

Other notable actions she intends on pursuing is having more cities and communities to adopt sustainable habits, climate action and general innovation for Florida.

There is no better time to act on environmental change than now. Whether you wish to vote for Simpson or Blemur, you must reflect on their plans for Florida and decide who will be the best candidate for the job. Not just for our environment, but for whatever is present at the ballot.

On Nov. 8, exercise your right to vote for a better, breathable Florida.

Enhancing relationships with drugs may not be the best trip

FIUPD Can Do More To Make Our Campus Safe

Catholic schools ‘not friendly’ towards LGBTQA