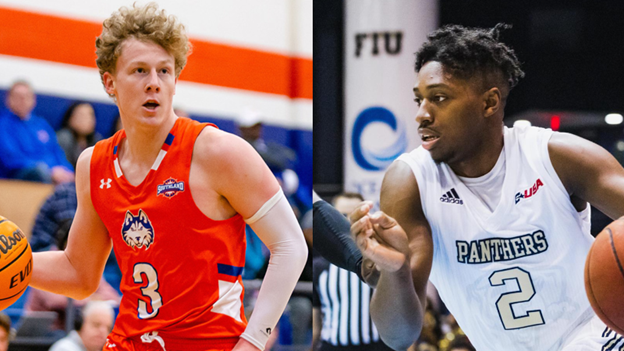 It’s that time of year again.

Rousing victories, bone-crushing defeats and the emergence of an exciting young squad. It’s time for the rollercoaster ride that is FIU Panthers’ Basketball.

The Panthers tipoff their season against the Houston Baptist Huskies on Nov. 7, 2022, at Ocean Bank Convocation Center.

Following a 15-17 season, FIU Basketball is eager to show off how much they’ve improved over the off-season. The Panthers are likely to come out swinging and their first haymaker may land squarely on the Huskies.

The current stats point to this being a clearcut win for FIU.

Historically, the Panthers have done well in their opening game. From 2015-2021, FIU won five out of their seven openers, the two losses they suffered were hotly contested games that could’ve gone either way.

In direct contrast, the Huskies haven’t won an opening game in a decade, when they narrowly edged out Arkansas Pine-Bluff 72-68 in 2012.

But this doesn’t mean FIU can go into this one thinking it’s a done deal. The team has to be on the lookout for Huskie junior guard Brycen Long and senior forward Sam Hofman.

Long, 6’2, 175 lbs, was the Huskies’ second-leading scorer last season and has a mean stroke from beyond the arc, cashing in on 37.8% of his threes. He has a quick release and has shown himself to be capable of creating space off the ball, meaning Long is someone the Panthers should pay extra attention to.

Hofman, 6’5, 279 lbs, is the team’s best rebounder. The Belgian bruiser crashes the glass like it’s nobody’s business. Hofman has recorded two double-doubles, one of which included a career-high 13 boards against Texas A&M – Corpus Christi. He’s also a lethal three-point shooter, with a 38.9 3P%.

The Panthers have a noticeable size advantage in the paint, if they take advantage of it, they could easily out-rebound the Huskies. This is a job for FIU’s power forwards and centers, specifically 7’0 Darryon Prescott and 7’1 Seth Pinkney.

Another factor for this game is sophomore guard Denver Jones. Jones, 6’4, 195 lbs, averaged 12.5 PPG and was the team’s second-leading scorer behind Tevin Brewer last season.

With Brewer’s departure freeing up some touches, Jones will try to fill that void. Look for Jones to be the team’s leading scorer as he reprises his role as the team’s primary offensive weapon.

Expect an FIU victory on Monday night. The Huskies won’t go down without a fight, but the Panthers have the edge offensively and defensively.

Tip-off is at 7 PM and the game will be streamed on CUSA.tv.

Be the first to comment on "Panther Preview: FIU Basketball vs. HBU"