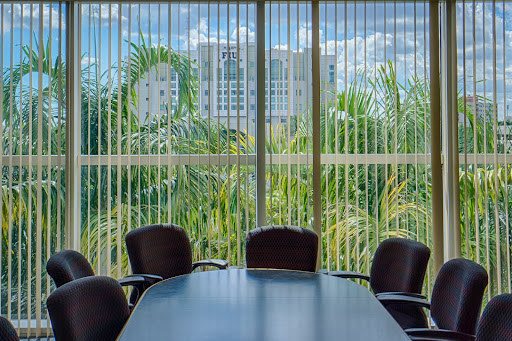 FIU’s Faculty Senate convened for a special session on November 3 in response to recent legislation passed in the Florida Legislature that regulates classroom discussion across the state’s public school and university system.

Best known as the “Stop WOKE” act, the legislation regulates discussion on topics such as “race, color, sex or national identity,” as reads the bill.

The bill – as well as the state Board of Governors proposed regulation in lieu of its codification – created both confusion and discord among the senate, with a number of its members describing it as an attack on not only classroom instruction, but also as ambiguous at its core.

“There’s a freedom to learn, too, for students, and it also attacks the student’s right in terms of any type of curricular decision making. And I find that McCarthy-ite in many ways.”

Proponents claim it will prevent university faculty and other public school teachers in Florida from attempting to indoctrinate or otherwise exclude certain students or coworkers hesitant to discuss those topics.

Its critics describe it as an effort by DeSantis – a likely 2024 presidential candidate – to make use of one of many national, rigidly partisan ‘Culture War’ debates to advance his own candidacy, as well as to expand his control over Florida’s education system.

“The very idea that classrooms should be sanitized spaces where we should not be able to grapple with the most important social and political and economic issues that are confronting our country? That’s precisely where those issues should be grappled with,” Burns continued.

After the bill passed, the state’s Board of Governors, who oversees the public university system, provided their own regulation.

In response to the proposed regulation filed last month – and some faculty senate members’ staunch disapproval – a working group was established in an attempt to provide clarity and ease faculty concerns.

It consists of several members: Leanne Wells and Erica Caton from the Center for the Advancement of Teaching, Liz Marston and Iris Elijah from the university’s general counsel, Heather Russel, the vice provost of faculty leadership and success, Emmanuelle Bowles, director of the office of diversity, equity and inclusion, and Ryan Kelley, FIU’s title 9 coordinator.

A large part of the working group’s plan is to host workshops informing faculty on how to stay within the lines if the regulation goes into effect. However, specific guidance on how to interpret the so-called “eight concepts” enumerated in the text of the bill won’t arrive from Tallahassee until next year, according to Wells.

She explained the group’s approach to the workshops.

“We’re trying to make it very, very clear that we’re not telling people they can’t do things when we give those examples, and then we spend some time talking about ways that faculty can keep that content in their class by talking about it in this objective manner that the legislation lays out, and how we’ve defined that as credible research, reliable data sources, academic approach, peer review; the sorts of things that we deal with,” said Wells.

The regulation’s proposed process consists of several components: a method for students to submit anonymous complaints against faculty, an investigation into the faculty member and subsequent corrective action on behalf of university administration, and ultimately, should the investigation conclude that classroom instruction did not coincide with the regulation, a report provided to the BOG itself, who can also take decisive action.

Following this stage, faculty are required to modify course material in line with the regulation. Failing that, the university could issue disciplinary measures or remove the individual through termination.

During the October faculty senate session, Wells warned that students may have difficulty discerning the difference between a professor’s opinion, research and that in between.

An initial training provided by the Center last month encouraged faculty to rely on peer-reviewed and other cited sources in order to avoid potential issues.

“The great value that we produce is not solely in peer-reviewed journal articles and the ability to basically quote a bibliography every time we make a statement that’s controversial simply because it’s not out there,” said Thomas Breslin, professor of politics and international relations.

“There are a lot of landmines out there. I cannot basically spend 50 or 75 minutes making references to all sorts of publications, and particularly not if it’s newly published material or newly done research and not yet published”.

Associate professor of Social Work Rich Beaulaurier added that the peer-review recommendation could disproportionately affect those teaching the social sciences.

“This is an assault. I suppose there are people who don’t feel they’re at risk because maybe they’re in chemistry, as was mentioned. I teach social policy; I know I’m at risk,” he said. “I am increasingly agitated and impressed that some folks think that you can refer to cited work and that’s somehow objective. Well, I am some of the work that’s been cited on oppression, so if I assign my own work in class, does that count as a peer review? It is, but it’s also me. “

“If you think that you are safe by referring to things in the literature, I respectfully disagree and  think that we really need to start strategizing as a Senate about what we’re going to do as a response. This is an assault on not just the First Amendment, but also academic freedom and the ability to teach”

The only substantial update from the previous faculty senate session, where many senators expressed worry at the ambiguity of the reporting process, was that the working group – alongside university administration – developed a clearer picture of what the reporting process will look like, albeit still in draft form.

According to Wells, reports can be filed online at report.fiu.edu, or to the Board of Governors directly, who is likely to send it back to the university’s Office of Civil Rights Compliance and Accessibility for review. At that point, the CRCA office determines whether the allegation does indeed violate university and by extension state regulation.

Wells summarized the implementation of the reporting system since the bill was signed into law in late April.

“So far, the few reports on this we’ve had haven’t even gotten past that stage, they would be [sic] not relevant to this regulation; there were people that misunderstood the regulation,” she said.

“So the question that [we] would ask would be, ‘did the alleged conduct occur during training or instruction? Does [sic] all the verbs that are laid out in the legislation address those eight concepts and compel someone to believe them? And then was it presented in an objective manner or not?’ If that initial assessment determines that if proven, the reported conduct would violate the legislation, it’s then turned over to individual freedom oversight.”

The oversight committee, required by the legislation, will include both faculty and staff, although membership requirements were not specified.

After the extensive line of questioning, construction and engineering professor Wallied Orabie implored the senate to plan possible responses when the BOG regulation becomes law.

“In addition to making statements or resolutions about how we feel about it, we should more look into the practical side of it; how are we going to respond if this ends up becoming an established law we cannot change?” he said.

“And especially that this is taken into consideration with the other resolution that’s going to be finalized soon about post-tenure review. Both of them taken together in a combination is very risky, especially that one of the reasons for why people could lose their tenure is substantiated claims under this resolution.”

The second regulation Orabi is referring to was presented to the Faculty Senate nearly in conjunction with the one creating parameters regarding classroom discussion.

That regulation, also written by the Board of Governors, would require the board of trustees of each state university to review already tenured faculty members 5-years after their last promotion or review, and then every 5 years after that. A section of the proposed regulation includes “biased teaching, instruction or indoctrination constituting discrimination under Florida law” as criteria considered in the review process.

It also effectively nulls the concept of tenure at its core.

However, as the Senate began to end the special session and discuss plans to form an internal task force to review the regulation once more, CARTA senator Neil Reisner requested the chamber to consider the principle established by the regulation rather than parsing out its specific parameters.

“We have two choices: we can get down into the weeds and dither about individual pieces of this regulation, or we can look at the entire regulation itself and come out with a well-articulated reason why it’s dangerous,” he said.

“I think talking about the details and what we don’t like about the details kind of caves in, because it accepts the notion that the regulation is valid. And I think we ought to take the position that it’s not. I know it’s been voted on, but I think we ought to take that approach, I think that would be stronger.”
On Nov. 17, the controversial law faced its second injunction ordered by a federal judge.

Be the first to comment on "Faculty Senate special session braces for HB7, Board of Governors’ regulations"