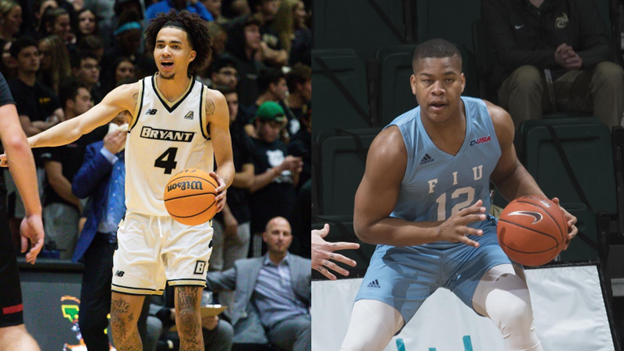 After sustaining a black eye from their last game, FIU looks to bounce back in a major way against a different type of canine.

The FIU Panthers go head-to-head against the Bryant Bulldogs on Nov. 19 at Ocean Convocation Center.

The Panthers are salivating at the chance to avenge a crushing loss against the NC State huskies. If FIU can’t take down the big bad wolf, how will they fare against a smaller bulldog?

The Bulldogs’ offense this season has been a force of nature. In their last three games, the team has dropped an average of 103.3 PPG off a solid 52.1 FG% and 43.2 3P%. Against the Thomas College Terriers, they dropped an eye-popping 147 points and only allowed the Terriers to score a sickly 39 points.

Now that being said, their opponents have not been the strongest. Two of the three teams the Bulldogs have gone against have a winning percentage below .500 and one of them is a DII program. The toughest opponent Bryant has faced this season was FAU and they lost that game by 11 points, 85-74.

The man of the hour for Bryant so far this season has been senior guard Sherif Gross-Bullock. Gross-Bullock has averaged 20.7 PPG and 4.0 RPG, earning him America East Player of the Week.

Senior and junior guards Charles Pride and Earl Timberlake are a nasty one-two punch for this Bryant team, averaging 19.0 and 14.3 points respectively. Pride is the more well-rounded of the duo, hitting shots from everywhere on the court. Timberlake has yet to hit a three this season but does most of his damage attacking the paint and shooting from the free-throw line.

This is a team that revels in forcing fouls and getting to the stripe for freebies. Playing defense while limiting fouls is crucial for tonight.

Another key piece of the Bulldogs’ offense is senior guard Doug Edert. The name should ring a bell if you keep up with college ball. Edert is a folk hero and legend for the Saint Peter Peacocks. He helped lead the team all the way to the Elite Eight of the NCAA Tournament in 2022. It was a Cinderella story for the ages.

Edert has been struggling to find his footing. He’s averaging 9.0 PPG and his efficiency has left a lot to be desired. But Edert has shown that he’s a talented ball player, and all it takes is one game to get back in a groove. In their first game of the season, Edert dropped 19 points on a 50.0 3P%, so he can definitely score.

Using their loss against FAU as a benchmark, a massive hole in the Bulldogs’ defensive game begins to rear its head out.

Bryant has their own problem with giving up free throws. They generously gave FAU 34 trips to the line. This shows that the defense has been committing way too many fouls and means FIU needs to focus and hit their shots from the line, which has been a struggle for them as of late.

If there is one player who loves exploiting a vulnerable, foul-prone defense, it’s sophomore guard Denver Jones. Jones, averaging 18.0 PPG on 64.3 FG%, has been the tried and true offensive weapon for the Panthers and there’s no reason to expect that to change. Jones is the team’s best free throw shooter and he’s up against a team that has been giving opponents too many free ones.

But saying Jones will perform well is like saying the sky is blue or water is wet. A player that can have a sneaky breakout game is freshman guard Dashon Gittens. Out of all the positions, Bryant has given up the most points in each game they’ve played to point guards (the exception being Dartmouth).

Gittens hasn’t been able to score past double digits this season, so this could be a golden opportunity for him to deliver one of his best performances.

This Bulldogs’ squad is 100% legit and should put up an excellent fight against FIU. It’ll be a scrappy battle, but expect the Panthers to keep this dog on a tight leash.

Be the first to comment on "Panther Preview: FIU Basketball vs. Bryant"