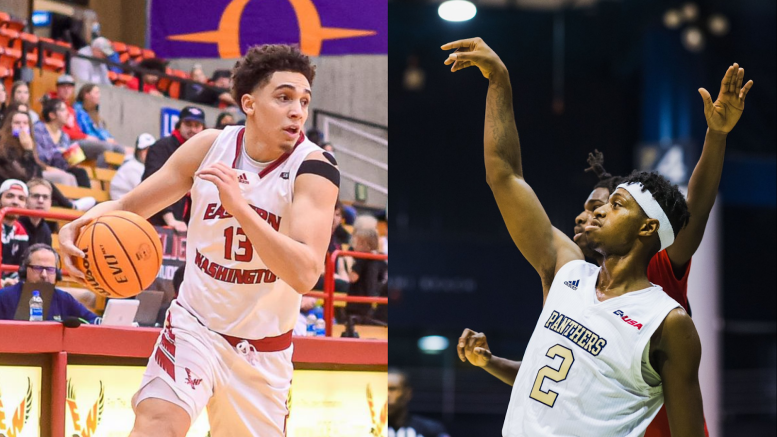 A few days after stuffing themselves full of Thanksgiving turkey, the Panthers look to roast a different type of bird in their next game.

FIU has had a solid start to their season, coming off a 33-point win against Stony Brook. They head into this matchup with a 3-2 record and show no signs of pulling punches.

EWU has been disappointing this season, limping into this game with a 2-4 record. While they are coming off an encouraging blowout win over the Stony Brook Seawolves, their games prior tell a much different story. Three of the Eagles’ games have ended with double-digit losses to Yale, Washington State and Hawaii.

When watching the tape, EWU’s problems on the court start to stick out like a sore thumb.

EWU’s defense on the perimeter is about as imposing as a wet napkin, giving up way too many open shots. Teams have found great success against them from three, with Washington State raining 15 3-pointers on their head.

But EWU’s Achilles heel is their 3-point shooting. They simply cannot hit reliably from distance, posting a laughably bad 27.7 3PT% for the season. FIU’s perimeter defense, while not perfect, should have no problem shutting down any attempt at an aerial assault from the Eagles.

But the Eagles don’t do their damage from outside anyways. Their interior scoring and foul shots are the swords they live and die by.

The Eagles’ best players are sophomore forwards Steele Venters and Ethan Price.  Venters has been struggling this season from deep, but he has shown flashes of being a long-range sniper. Price has been the team’s most efficient shooter from beyond the arc, hitting 41.2% of his shots from range. His 6’10, 230 lbs frame also greatly helps his post-game; he likes to bully smaller defenders down low. Both players seem to be comfortable operating from the midrange and inside the paint as well.

Freshman guard Arturo Dean has been an absolute joy to watch this season. He has proven time and time again that he belongs on this FIU squad. His scrappy defense and blinding speed have made him a matchup nightmare for opposing defenses. Expect a stellar performance from the Putnam Prodigy.

But if a sneaky good performance is what you’re looking for, turn your attention to graduate forward Nick Guadarrama. Guadarrama has been stuffing the stat sheet in every category, but this could be the first game we see him break double-digit points. In two of their four losses, EWU gave up the most points to forwards.

Keeping the Eagles’ record and flaws in mind, expect the Panthers to take care of EWU with relative ease. FIU finds themselves in a more-than-favorable situation to improve their record to 4-2.

Catch the game today at 6 PM on CUSA.tv.

Be the first to comment on "Panther Preview: FIU Basketball vs. Eastern Washington"