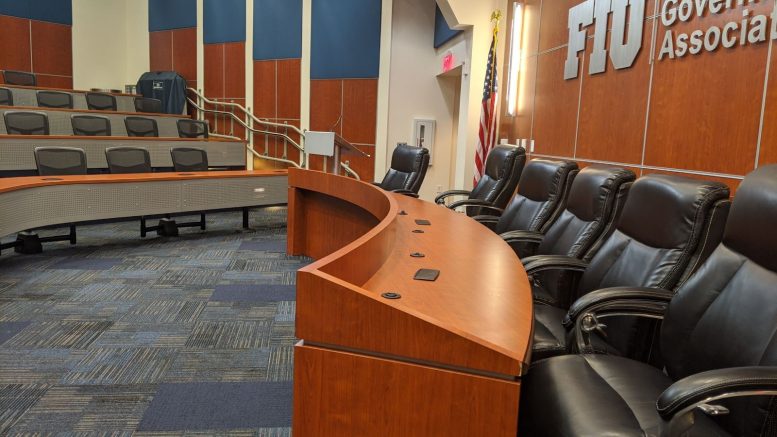 On Sep. 28, Hurricane Ian made landfall in Southwest Florida as a near-category 5 storm, leaving widespread destruction across the region and displacing thousands.

In its aftermath, the Student Government Association posted links on their social media directing students to donation centers and other recovery efforts. But now more than two months after the storm passed, and amid inefficiency and infighting, they have yet to pass an October bill meant to address the storm and provide students with avenues for donations.

Aptly named the “Hurricane Ian Resolution,” it would serve as an official statement from the legislative branch encouraging students to donate supplies and other forms of aid.

Before a piece of legislation can make it to the floor of the senate it must be voted on and approved by two committees; the Rules and Administration committee approved the Hurricane Ian resolution, while the Health and Wellbeing committee vetoed it unanimously.

“The main reason [it was vetoed] was because there was a senator who did not give their consent to be on the resolution as a co-sponsor,” said Business Senator Matthew Gaynor. “They also vetoed it down because they felt it was only recommending students donate and it wasn’t confident sounding.”

Once a piece of legislation is vetoed in committee it may be brought back to the Senate floor through a 2/3 vote, which the resolution did receive, though this may have led to its demise.

The resolution did not return to the floor until its failed vote on Nov. 28 – exactly two months to the date after Ian made landfall – after weeks of continuous delay.

“There have been multiple reasons it kept on getting pushed back,” said Senate President Alexander Sutton. “Sometimes people leave senate early and they want to be there for the debate; one meeting they tabled it because neither of the sponsors were present.”

Ultimately, senators voted down the resolution believing it was far too late to encourage donations when it should’ve been a timelier item.

Though this has not discouraged senators that still wish to help. Senators Gaynor, Alexander Stone and Scott Ahlgren all believe a resolution dedicated to helping FIU students further impacted by natural disasters should still be formed.

“I would like to cover any probable disaster that could happen,” said Stone. “I want a resolution where SGA would address those problems and how students could help fund and support students if those disasters were to happen.”

Facing the education giants in U.S.

Professor and students are “monkeying” around

5SOS reinvents their image through their album “Youngblood”

Be the first to comment on "SGA Senate’s Hurricane Ian resolution delayed due to inefficiency, lack of attendance "