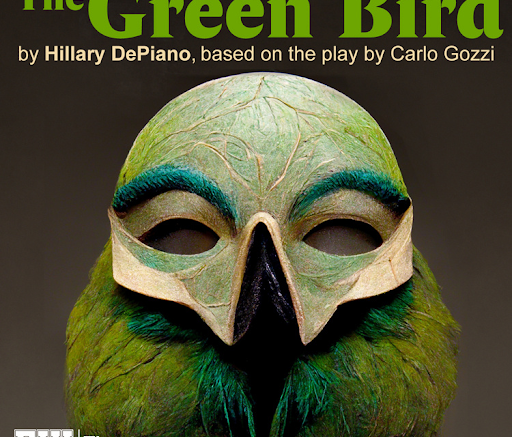 In this new and refreshing rendition of the classic play “The Green Bird”, FIU theater delves into the world of storytelling with a unique and colorful perspective.

No matter how unconventional or dysfunctional a fairy tale might be, each character needs their “ happily ever after” by the final curtain call.

“The Green Bird” is the typical “once upon a time” story in all the ways that matter. Furnished with moments of love, tragedy, and triumph, it stirs vivid emotions in a way that other fairy tales couldn’t.

Adapted by author and playwright Hillary DePiano from Carlo Gozzi’s classic fable, “The Green Bird” is narrated by the dormant king of statues. He awakes from his slumber to share the tale of a kingdom in peril, with a prince and princess who have been raised by clowns, and a rather expressive, but lovable, green bird.

FIU theater effectively takes on the challenge of telling a classic fable in an engrossing and immersive way. With a nuanced plot and quotable dialogue, “The Green Bird” captures your attention immediately and refuses to let it go until the very end.

The costumes and set design added to the complexities of the characters and stage presence of the actors. From silks to rags and harsh to subdued colors, each article of clothing was able to highlight the social class and the personality of each character.

The set design also helped audiences imagine the world surrounding these characters. Despite the fact that the set design was not overly complex or lavish, it served the purpose of the story with ease- allowing the characters to move about comfortably and interact with their surroundings in a way that felt natural to the scene.

Each actor gave an enthralling performance full of colorful body language and excellent voice control. Actors expertly maintained the accents and vocal pitches of certain characters while still performing their familiar ticks and bodily movements. The performance of these elements helped the characters to feel genuine to the audience and kept them absorbed within the story.

Throughout the whole production, the theater roared with laughter and the atmosphere felt care-free and joyous. The characters sometimes broke the 4th wall, pushing the audience to become a part of the play itself as they walked amongst them or asked them to clap along.

When you want to leave the troubles of the real world behind for an hour or two, “The Green Bird” is the play to watch. The show doesn’t take itself too seriously and in turn is a reminder for you to do the same.

In a story where everyone is in the search of their happy ending, you’ll get yours as the curtains close and you walk out the theater doors.