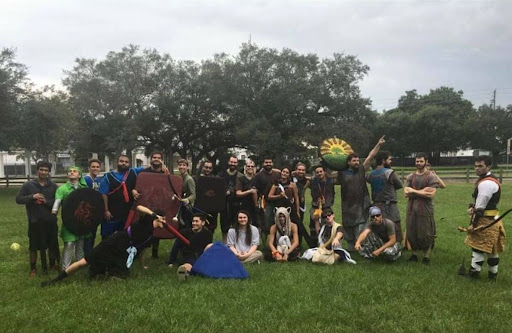 The Duchy of the Shifting Tides, a LARPing community in Miami

Imagine knights and archers running full force from the front. You and another soldier are the last line of defense between victory and defeat. Do you run or do you fight? This is the type of intensity seen while LARPing amongst The Duchy of the Shifting Tides.

Larping or live-action role-playing is the act of taking on a role in a fantasy theme – but instead of role-playing board games, you participate in a real-life one.

The Duchy of the Shifting Tides is a LARP community, located at Indian Hammocks Park in Miami. It boasts a sizable community of 25 active members, some of which are FIU students.

Pursuing his master’s in computer science, Vincent Ledesma, a long-time member of the community, talked to PantherNOW about his experience and explained the club in a little more detail.

“There are 13 different classes to pick from and roleplay in a continuously evolving storyline that lasts around 6 months,” said Ledesma, listing classes like Paladins who are more suited to sponging up damage and Archers who have more effective offense from a distance. 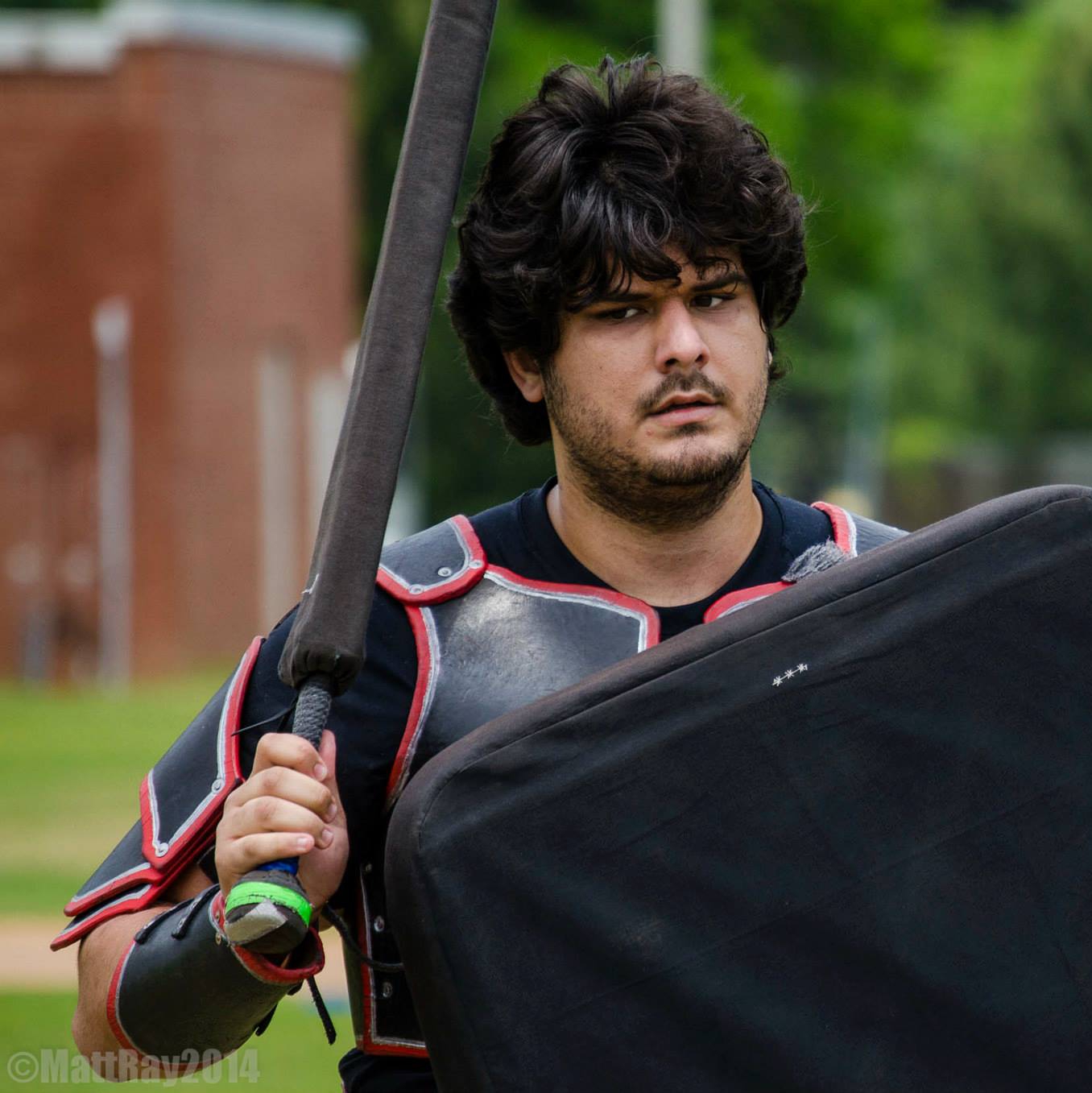 The LARP community thrives off people wanting to be themselves and have fun in an ever-evolving community. Ledesma has seen that the community is always ready to take on new players and even show them the ropes while giving them gear to play along.

“We have plenty of loaner weapons and armor we are able to give out for those that don’t have it themselves so they can get a sense of what roles they want to play,” said Ledesma.

While having armor to defend yourself and weapons is great, there are also combat skills that might come into question. Gabriel Beck is the combat and safety instructor of the Shifting tides community. 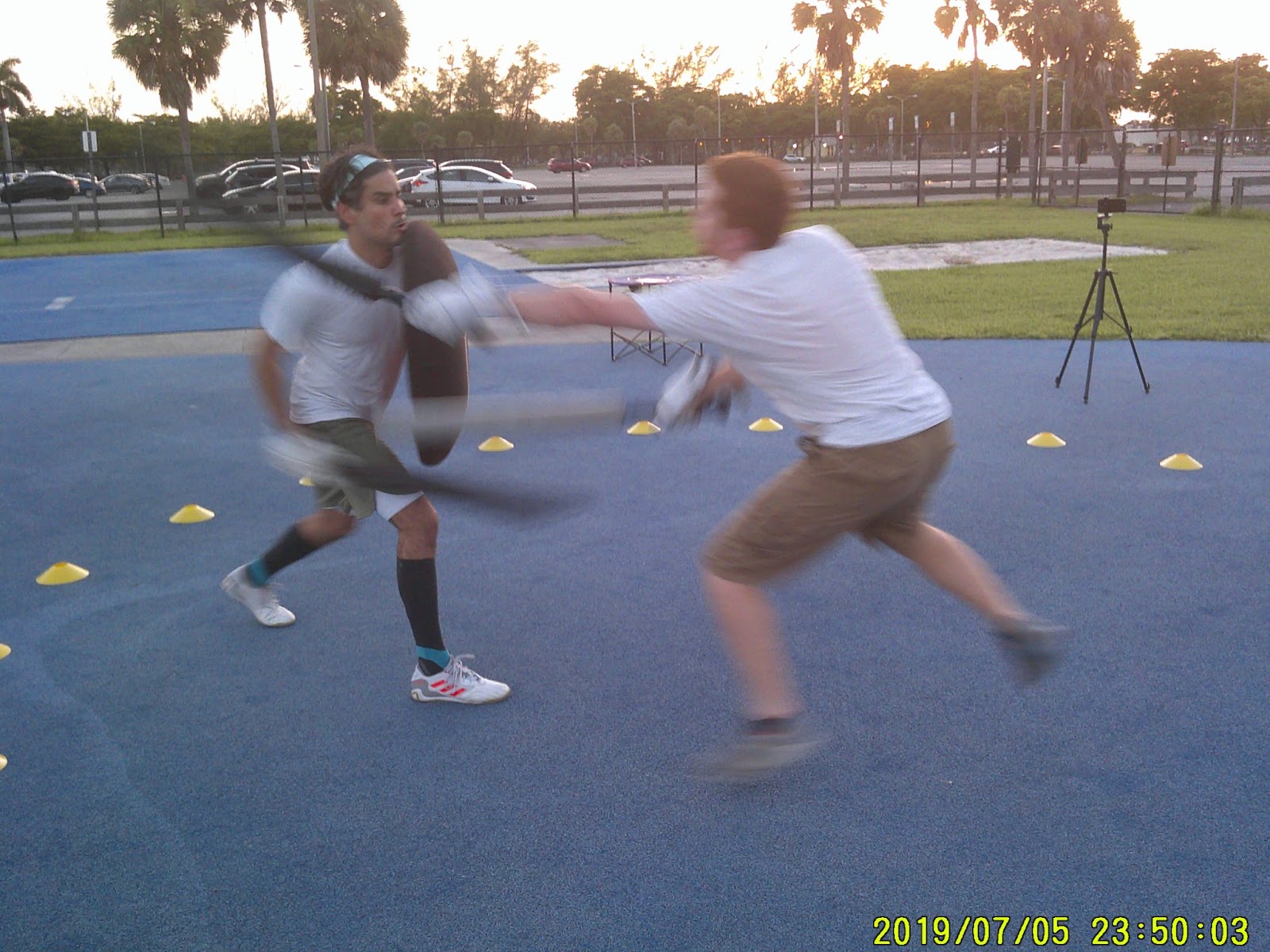 Gabriel Beck going through the ropes training and practicing in duels

As a member for over 20 years, Beck is one of the more experienced players in Shifting Tides.  He discussed how important it is for everyone, new and current members to learn and be ready for combat.

“I run drills and practice to have everyone on point when we are playing: there’s more than just a fantasy aspect and it can definitely get physical really fast,” said Beck. “One of the major things for me growing up was fitness and sports, but when it came to LARPing I loved the fun and competitive aspect of it. What kept me here, for the most part, was the fighting and athletics of it.”

The Duchy of the Shifting Tides is under Amtgard International, a nonprofit organization operating 369 total chapters of LARP communities across the world. Amtgard makes up the active rules and roles while holding a place where many can express their love for medieval fantasy.

With any rule-based game or event, people often come and go, with challenges in keeping members.

“In my opinion, the barrier becomes how the rule book looks physically imposing as well as how hot it is outside: recruiting someone in June is much different than trying to recruit someone in December,” said Ledesma.

Furthermore, the basis of recruiting comes from friends bringing friends, a simple equation that is often met with success.

Beyond LARPing, the Shifting Tides organization also holds meetups and competitions for writing and poetry, as well as a general showcase in the realm of arts and sciences with the occasional hangout over board games and food. Ledesma mentioned it’s more than a game,  it’s about creating a family and bonding with other individuals.

Arts and Crafts Officer Erik Rivero, a member for almost a year, joined the community to find more like-minded individuals like himself and share his joy for the medieval fantasy world of Amtgard.

“My job within the community is to try to encourage people to craft and flex those creative muscles,” said Rivero. “Vincent [a member of The Shifting Tides] is skilled in leather working and there are quite a few other members who are good at working with chainmail and full metal armor.”

Every so often a massive event is organized.

“We all drive to a campground where people from other parks meet up and we have hundreds of people going to town in battle, feasting, and expressing ourselves through the arts and sciences,” said Ledesma.

LARPing seems to be more than roleplaying. It’s an example that there are many more meaningful connections meant to be had in these types of organizations. Rivero mentioned a boost in confidence but also how this new family has made him feel at home.

“Maybe a year ago I would’ve felt a particular way about it but being a part of this community reminds me that there is a place where I can go to. All those daily problems and stress, it all just goes away and I can really mentor and create something,” said Rivero

The Duchy of the Shifting Tides can be reached through Facebook by searching the name or @shiftingtidespark on Instagram.