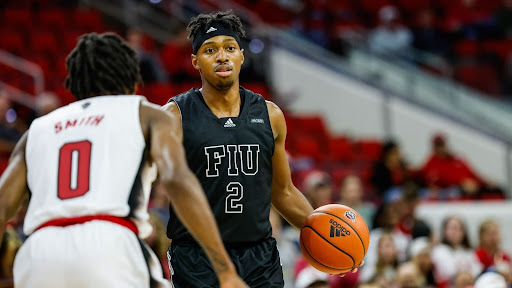 As students pour back into campus for spring, FIU basketball is currently in the midst of what could be one of its most promising seasons in program history.

The Panthers had themselves a remarkably successful winter break, going 4-2 in their last six games. But the start of this six-game stint didn’t originally instill confidence in the team. If anything, it did the exact opposite.

FAU was the first opponent of the break that FIU squared off against. The Panthers were on an ugly three-game losing streak and had about as much momentum as a parked car.

The team was struggling with their 3-point shot and their heralded defense had gaping holes. FAU meanwhile was sitting pretty at the top of Conference USA standings with a 10-1 record.

Unsurprisingly, the Owls handled FIU like an older brother would a younger sibling when engaged in any competition: with little to no remorse. FAU took a commanding 19-point lead in the first half and never looked back, winning the game 79-53. The Panthers were out-rebounded 42-26 and went 1-9 from beyond the arc.

Now on a four-game losing streak, the Panthers needed answers and fast. Luckily for them, they found their footing in the following games against Incarnate Word and Florida College. FIU defeated both teams by five, 79-74 and 69-64 respectively.

The two-game win streak was short-lived however, as FIU suffered a loss to North Texas. The Mean Green dominated the glass for 12 offensive boards and 11 second chance points. They also shot a staggering 52% from three (11-21 3FG).

North Texas blasting FIU reinforced a troubling trend when it comes to the team this season: winning convincingly against middle-of-the road or struggling teams but flunking out against higher ranked competition.

But the Panthers immediately dispelled this notion with a narrow victory against a strong Charlotte team and the pièce de résistance of their winter campaign: a win over the reigning Conference USA champion UAB.

The game started off as a one-sided affair, with UAB taking a 15-point lead in the first half. FIU rallied in the second behind stellar performances from graduate forward Nick Guadarrama and sophomore guard Denver Jones. Guadarrama exploded for 16 points on 4-5 shooting from deep while Jones’ aggressive play earned him multiple trips to the line. Regulation ended with both teams tied 79-79.

In overtime, UAB and FIU took turns trading buckets with the momentum swinging back and forth like a pendulum.

On the final possession with a tied score, freshman guard Arturo Dean forced a turnover and the ball ended up in the hands of teammate Dashon Gittens, who converted a tough and-one layup on the break to grab the lead with 1.2 seconds left.

FIU now approaches the midway point of their season with a solid 8-7 overall record and are sixth in the conference. If the Panthers can continue to play with consistency, a legitimate run in the Conference USA tournament could be in the cards.

Student athletes should not be put on payroll

Senior guard pulled from game due to eligibility concerns

Be the first to comment on "Back from Break: FIU’s current basketball rankings"