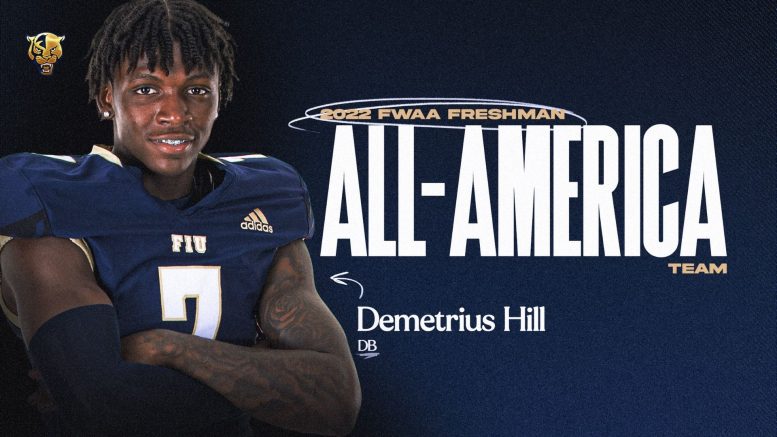 FIU defensive back Demetrius Hill was announced as part of the 2022 Football Writers Association of America (FWAA) Freshman All-America Team in a ceremony that took place January 12, 2023.

The Freshman All-America team was designed by renowned college football experts and included both true and redshirt freshmen from all conferences.

Hill had a career year, finishing with a total of 95 tackles, 3.5 tackles for loss, and three forced fumbles. He also secured numerous career firsts, including his first collegiate interception against Charlotte (Oct. 22) and first career sack against Middle Tennessee.

But by far Hill’s most notable performance was against Louisiana Tech, where he forced a pair of fumbles and helped the team secure a double-overtime win, 42-34.

With this endorsement, Hill becomes one of the two current C-USA players in the FWAA Freshman All-America Team, and the second FIU player in this squad, preceded by T.Y. Hilton in 2008.

Man travels an original Underground Railroad route on a bike

Being an ally goes beyond having a gay best friend