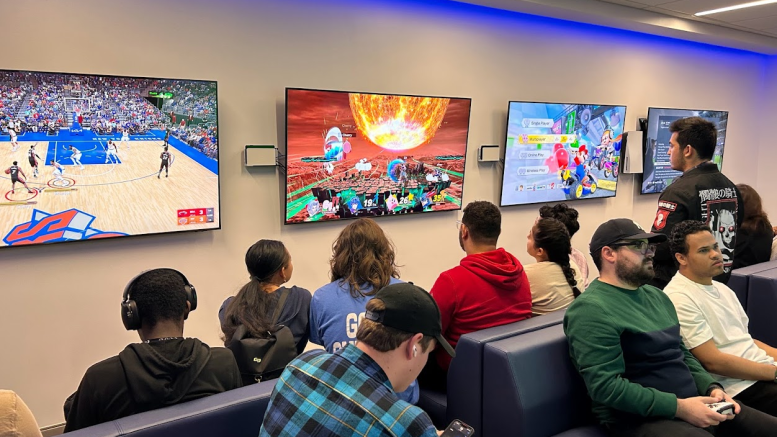 After over a year of anticipation, the game room is finally open. While the room seems inviting with a new modern look, the million dollars poured into the renovation proves to be more of a personal project than a project aimed towards students.

Doubts arose when the Student Government Association initially approved $660,000 to renovate the game room in September 2021. Those funds eventually increased to $1 million, due to requests from former SGA President Alexander Rubido and a surplus of activity and service fees by students during 2020.

It was scheduled to reopen last year, but it was delayed.

As much as I anticipated the game room, the rise in funds seemed outrageous to me — other amenities within FIU could’ve used those funds as well, like neglected student organizations and an art department that needs upkeep.

Rubido promised the entire student body that the game room would be done at a promised time. When it was revealed to be unrealistic, executive orders for more funds and time were quickly given out as an effort to save face. There was an insistent need to act on the order immediately.

Rubido went out of office and current SGA President Cristhofer Lugo picked up the project. As Rubido continued to involve himself in the production of the new game room, it feels more like a personal project for him than something that benefits the student body.

However, the reception at the game room’s grand opening proved it was worth the wait. It’s brand new and nothing like the previous game room as I remember it during my earlier school years.

The previous game room had a certain vintage charm to it; it was dimly lit and carpeted with stained rugs, with wooden billiard tables and only one separate room that had a TV specifically for video games. It would be understandable that many might not remember the old room, as it has been closed for remodeling since 2020 and some of its regular users had already graduated FIU.

Now the game room looks and feels modern and chic with brilliant neon lights, televisions on every inch of the wall and large comfy sofas. The awkward wall in the middle from the previous game room has been torn down to provide an open area space, which makes the room feel larger. There are now study areas, better billiard tables and even a microwave.

Despite the controversy, the new and improved game room has been received well by students. In honor of the grand opening on Jan. 9, the front desk was crowded with a line to rent out equipment to play, sofas were filled with people enjoying video games and students used a fancy 360° video booth to celebrate the occasion.

There are also plans to make the game room free for students, according to Lugo, where previously students have to pay to play hourly. Something that is welcome to any college student saving a few extra bucks.

The new game room proved to be fun, interactive and worth the wait. The promise of a new fancy facility was delivered and surprisingly exceeded expectations. But so many organizations missed funds that could’ve been distributed more evenly. Will other FIU amenities receive the same priority as the game room did or will it be more personal projects by our SGA?

At the Bay, Entertainment

The debate surrounding amendment 4 has many layers