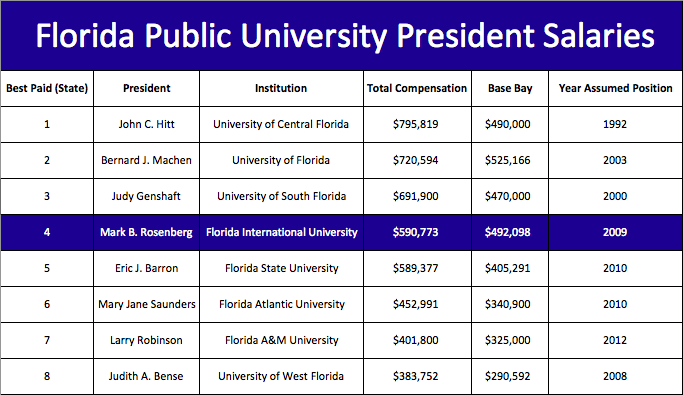 When it comes to 2013 salaries, President Mark B. Rosenberg is the 4th best paid chief officer of a Florida public institution.

Larry Robinson, from Florida A&M University,  earned a total of $401,800 in 2013. There is no salary history available for Robinson, who left his position in March 2014. The Universe Is Expanding Faster Than We Expected