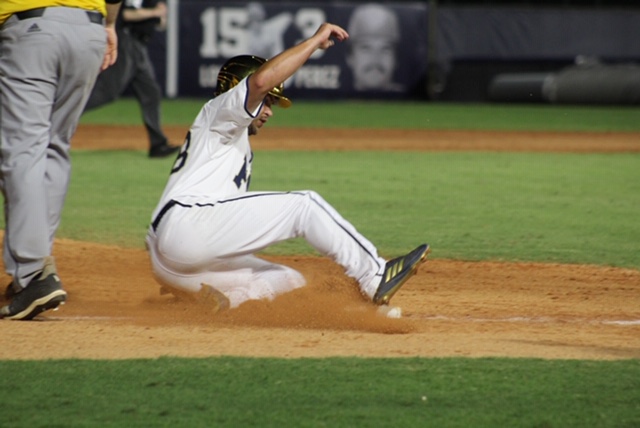 The Panthers took the win against Southern Miss University (16-6) on Saturday, April 13. Photo by Ashley Vega/PantherNOW

The Panthers brought the ballgame to Southern Mississippi University and never looked back. A solid performance by FIU’s Nick Macdonald led to offensive power in the batter’s box. This was one of the best performances so far this season by Mervyl Melendez’s squad.

“You have to give them credit they took advantage of the pitchers mistakes and stepped up to the plate with confidence,” said Melendez.

With Macdonald retiring the side to start the game, the offensive power started as early as the bottom of the first inning. Outfielder Adan Fernandez reels in Derek Cartaya and Austin Shenton with a triple. FIU’s lead would be extended with the assist from Jose Garcia who hits a two-run home run making it a 4-0 ballgame.

Southern Miss struggled in this game both offensively and defensively with the bats not working and a couple of errors being made on the field. The errors would cost them as FIU would score off of a sacrifice fly by Shenton to make it a 5-0 game. Eventually, Southern Miss would get on the board with two to give Southern Miss fans in attendance something to cheer about. 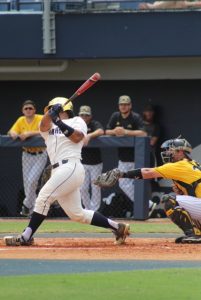 Macdonald showed signs of struggle in the top of the fifth with runners in scoring position for the Golden Eagles. He was able to retire the next two batters he faced to get the Panthers out of the jam. This led to more offense in the bottom of the fifth with FIU extending the lead to 10-2. This seemed to put the dagger in the heart of the Southern Miss confidence.

Shenton would double down the left field line to reel in a run making it 11-2 in the bottom of the seventh inning. With a combined four added runs for the Panthers, a big moment occurred in the bottom of the eighth inning. Catcher Luis Chavez hits his first home run as a Panther to make it a 16-3 ball game. Southern Miss would score three more runs in the top of the ninth inning to make it a final score of 16-6.

“To put up 16 runs against a team like that, that is a top 30 team in the nation says a lot about our players,” said Melendez.”

FIU would go on to lose Sunday’s afternoon game 15-6 but still take the series vs Southern Miss. Panthers are now 15-20 on the season and 5-9 in the conference, next up is a Tuesday match-up vs Bethune-Cookman University.

Presidential Candidates Should Talk About Their Roles As Mothers

Brooklyn Boy On a Mission

Campus Greek Life should want to do better