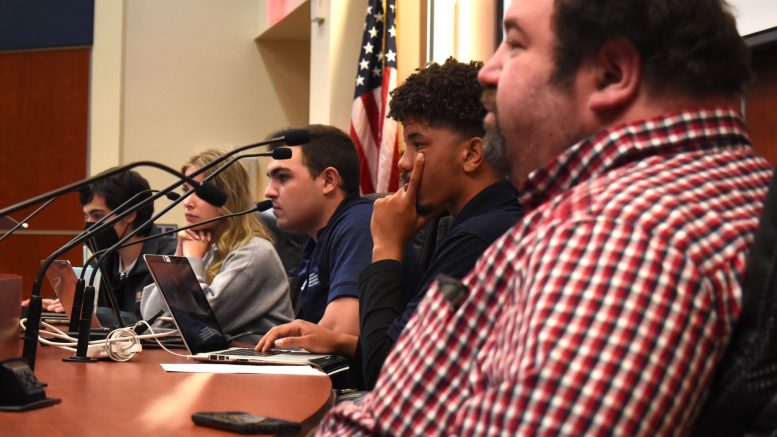 With positions unfilled since April 2021, Student Government Association’s judicial branch has for all intents and purposes ceased to exist.

For members of SGA seeking redress for violations or conflicts, there is no system in place.

When the SGA constitution was rewritten in January 2019, the responsibility of appointing judicial branch members changed from the chief justice to the SGA president.

A sudden resignation of the previously planned chief justice and not enough applicants left the branch vacant, according to Rubido.

“We had to hold off until that decision had been finalized,” said Rubido. “By the time everything came together, there were just no applications for judicial.”

According to Rubido, SGA finally received enough applications on Dec. 13 to fill the branch.

“There is a place for the judicial process, and I do wish that we would have had more applicants to have this branch in place sooner,” wrote Rubido in a statement to PantherNOW. “Nonetheless, I can assure the student body that our election process will be able to take place.”

Alexander Sutton, School of International & Public Affairs senator, said that senators have been unable to file any complaints or writs, causing a lack of accountability for members of SGA.

“Because the body tasked with holding them accountable has not been appointed, It’s been hard to get people to stay committed to the jobs that they promised the student body they would take on,” said Sutton.

The supreme court oversees all statute violations, fund malfeasance, the legality of actions of SGA members, interpretation of the constitution and conflicts among councils, according to the SGA constitution.

All judicial appointments will be made on Jan. 31, according to an announcement made by Nicholas Pastrana, senate president, at the Jan. 24 senate meeting.

This will give all new judicial branch members about a month of working experience with elections coming up Mar. 8-9.

“My hope is that in coming years judicial branches can be appointed earlier, because it never hurts to have extra experience,” said Sutton.

It’s time for the sex talk in Panther Square

New positions were appointed for SGC-BBC