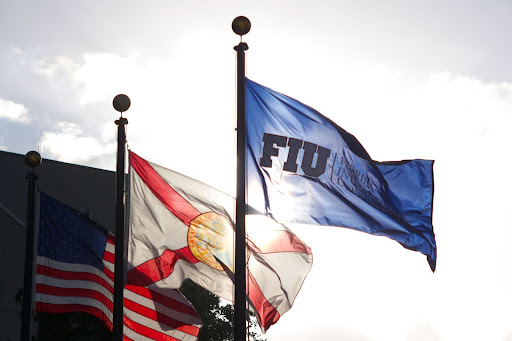 The United Faculty of Florida – FIU chapter, in collaboration with multiple student organizations, hosted a panel on Oct. 25 discussing the need for organized action in opposition to a law enacted in this year’s state legislative session that further regulates education throughout Florida’s public school system.

Florida House Bill 7 passed by a large margin in both the House and Senate this February. It seeks to regulate discussion within any public school or workplace surrounding topics of race, national origin or sex that could potentially cause psychological distress, per the text of the bill.

Event discussion ranged from the historical process that led to the current state of higher education nationally, the importance of organizing politically and the detrimental effect HB7 will have on classroom instruction.

“Today, these laws are talking about what teachers can say and what they can’t say, and it’s a much greater threat than McCarthy ever was,” said panelist Ellen Schrecker, professor emerita of history at Yeshiva University.

To this end, UFF-FIU’s HB7 Taskforce has played a central role in organizing faculty opposition.

The union also performs an especially valuable function for non-tenured full time faculty, who must rely on the union to bargain for adequate salaries, health benefits as well as ensuring their job security.

Schrecker detailed how HB7 and other nation-wide efforts to limit academic freedom find their roots in the historical evolution of McCarthyist-era rhetoric. The most notable developments occurred in responses to widespread student and faculty protests of the 1960s and 70s.

Former United States President Ronald Reagan was of special note, with Schrecker drawing a parallel between the rise of conservative anti-student opposition simultaneous with the evolution of his own political career.

“From the beginning of his gubernatorial campaign he was always being asked about what had gone on in Berkeley,” said Schrecker referencing the 1964 free speech student protests. “And his answer was simple: ‘well it was those weak kneed administrators and radical professors,’ and he promised to quiet the campuses, ‘at the point of a bayonet, if necessary.’”

Reagan wouldn’t be alone, Schrecker explained, and by the early 1970s, disciplinary measures opposing campus unrest were codified nationally and in more than 30 states.

“The most deleterious were the across-the-board cutbacks in the budgets that state legislatures were imposing on their public colleges and universities, and these have never been restored,” said Schrecker.

The greatest impact would come with the rise of neoliberal economics, an economic model prioritizing deregulation, broad cuts in government spending – especially toward welfare programs – while simultaneously promoting ‘rugged individualism.’

Universities subsequently restructured themselves to fit this new economic model. Schrecker’s examples include the ever increasing cost of tuition, the replacement of tenured positions with non-tenure tracks and the expansion of university administrations.

Notably, this information is only accessible with employee login credentials.

Later in the panel, Marvin Dunn, professor emeritus of psychology at FIU, described his own experiences with what he described as institutional racism.

These included being kicked off of a greyhound bus due to rigid racial divides enforced by white passengers and his rejection from the University of Florida’s PhD program because of his race.

Dunn is one of seven plaintiffs in a lawsuit filed against the state public university system for its enforcement of HB7.

A decision that, given FIU’s total compliance with HB7 and the fact that the university’s Board of Trustees is named as a defendant in the case, makes Dunn doubt whether he is even welcome on FIU’s campus. “There are a lot of stories I want to tell students, but I can’t in fear of this law.”

“I’m done fighting, but you better not be,” said Dunn.

Ronald Cox, FIU professor of international relations and politics, emphasized the importance of higher education beyond the simple framework of improving a students career.

“Courses like ours [social sciences] and courses taught broadly in FIU teach individuals to enrich themselves as individuals collectively, because you continue to learn and enrich yourself that way; you create better cultures, better collectivities, and more pure connections, ” said Cox.

Panelist, writer and organizer Barbara Madeloni emphasized the need for organizing and continued support in advocating for labor rights.

“We are encouraged to know ourselves as divided, but in fact, I think we are much less divided than we are told we are,” said Madeloni. “The boss and the elite work very hard to create conditions where we think we are separate from each other.”

Madeloni, a former president of the Massachusetts Teachers Association, went on to describe the importance of college faculty organizing when trying to change individual action into a more collective force for meaningful change. “The degree to which this is a specific legislative attack on public higher education in Florida makes it unique in the sense that the law has already been passed and people need to figure out how to resist it now and how to fight it long term.”

“When we fight, we win,” Madeloni said as she finished her segment of the event.

Discussion subsequently lit the room, with professors, students and community members all detailing their perspectives towards the organization effort.

Philip K. Stoddard, a professor of biological sciences at FIU, argued that any future organizing efforts must have contingency plans beyond a simple ‘plan B’.

He called for legal action, contending that many lawyers would work pro bono to help faculty members fight bills like HB7 at its source.

“I say this as someone who has in fact sued DeSantis in federal court, and won.”

Madeloni, however, contended that the backup is organizing, rather than building an army of lawyers. Madleloni emphasized the power wielded by students and professors and pointed to the recent successful organizational efforts by UFF-UF against the provision barring professors from speaking in legal trials.

“You can’t run a school without teachers,” said Madeloni.