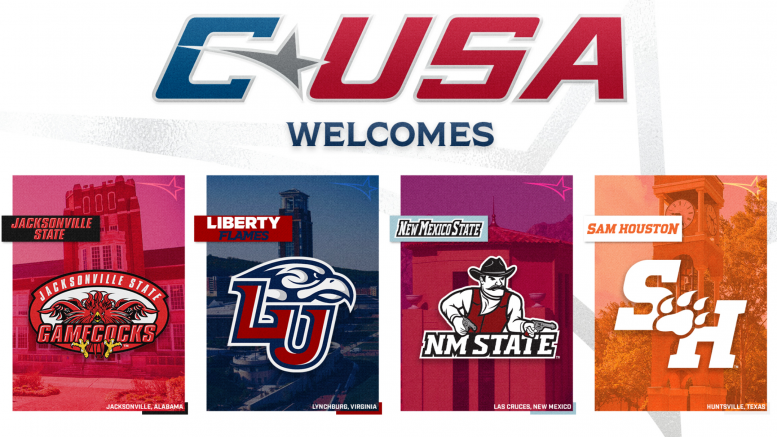 Conference USA announced on Friday afternoon that four schools will join the conference and are as follows:

“We are incredibly excited about adding these four new members and feel there is tremendous upside in these moves for our conference,” Conference USA Commissioner Judy MacLeod said in a press release. “This is a quality mix of established and emerging universities that provides us with a compelling group to continue to build with, focusing on competing for and winning championships well into the future.”

All four new members will join the league beginning on July 1st, 2023.

These moves should help stabilize the league in the midst of conference realignment. Conference USA has already lost nine out of its 14 teams. Rice, Charlotte, North Texas, UAB, & UTSA departed to the American Athletic Conference, while Marshall, Southern Miss, and ODU are heading to the Sun Belt.

Western Kentucky and Middle Tennessee are expected to join the Mid-American Conference (MAC), with a formal announcement coming next week.

This can leave the league with seven members, including existing schools FIU, LA Tech, and UTEP who will remain. In this case, C-USA would need to add at least one more member in the next two years to reach the NCAA-requirement of eight schools at the FBS level.

New Mexico State is an FBS independent in football, while being members of the Western Athletic Conference for basketball, and soccer. Sam Houston State is also a part of the WAC, but competes as an FCS program in football.

Other speculated teams that Conference USA might also be inviting to join include the UConn Huskies, Chattanooga Mocs, and Austin Peay Governors.