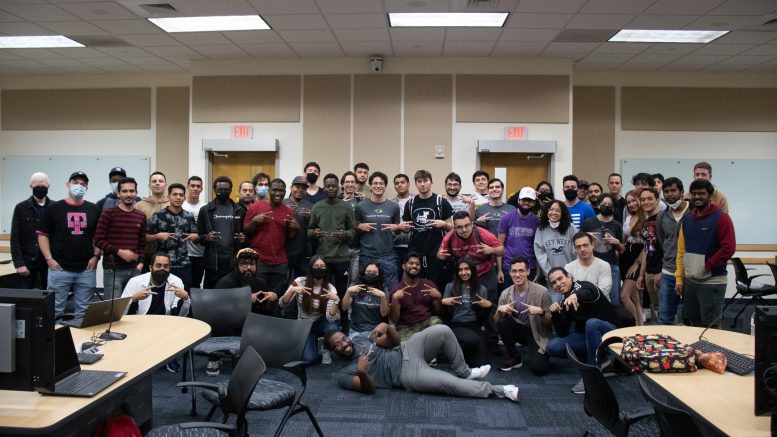 FIU’s Developer Student Club (DSC) is a student-led initiative for the personal and professional growth of STEM students. Through collaboration and competition, the DSC has grown to include over 900 members since its founding in spring 2020.

The DSC allows students to engage in hands-on projects, giving them the chance to put into practice what they learn in the classroom, according to Hermes Bonilla, a computer science major in his sophomore year, and president of the club.

“[At FIU,] you learn what a data structure or algorithm is, or how to code in Java, but you don’t know how to apply it in a work environment,” said Bonilla. “In the real world, you want to be able to apply the concepts you learn. At the end of the day, that’s what makes you valuable to a company.”

FIU’s DSC is part of the Google Developer Student Club (GDSC) program, an initiative that helps computer science and engineering students to organize school charters and participate in the annual Google Solution Challenge — a competition with the objective of solving one of the United Nation’s 17 Sustainable Development Goals.

Some of these goals include access to clean water initiatives, gender equality and computer science and engineering education.

Established amid the COVID-19 pandemic as a completely online community, DSC organizers resorted to Discord, an instant messaging app, to grow their community.

The club transitioned to a hybrid modality in fall 2021.

Giri Narashiman, a computer science professor who has been working in FIU for over 20 years, leads competitive programming training for the club.

Narasimhan has dedicated his career to electrical engineering, mathematics and data science and helps students sharpen their problem-solving skills. Competitive programming requires students to solve a specific problem by using their knowledge in computer science.

“Almost every week we set up mock competitions, build teams and solve problems to learn from each other. It’s become quite exciting,” said Narasimha. “It’s training, just like football training, except we are training to become better programmers.”

“The club has helped me realize what I want to do within computer science, and that is web development,” said Palencia. “We have a very social and active community. Everybody pretty much helps each other and communicates every day.”

For Musa Jean, a computer science student in his senior year, being part of DSC has provided the platform to develop new skills and grow his portfolio.

“My experience has been great so far. I joined the club last year, so I could expand my technical skills outside the classroom,” said Jean. “Soon I was learning Android development and using Android Studio. I was able to create a cool project that I entered into the GDSC showcase at the end of last semester, and I was able to win first prize.”

Using the Android Studio mobile development environment and the National Renewable Energy API, Jean developed an application capable of giving users an accurate electricity rate depending on their location.

The program earned Jean the first place in the Google Developer Student Club Project Showcase event at the end of Fall 2021.

DSC has a special focus on fomenting inclusion and diversity in the tech community for Bonilla, president of DSC.

“Inclusion is something that needs to be done actively, not passively, right? You have to pay special attention to it,” said Bonilla.

For Laura Castro, freshman studying computer science, the club has provided her with a chance to expand her professional ambition in the tech industry, encouraging her to seek internships she thought impossible before.

“The first-ever club meeting that I went to was an internship panel where members spoke about their internship experiences at dream companies for any common student like me,” said Castro. “Since that day, it clicked that internships at those massive companies are not just limited to students from Ivy League schools, MIT [and] all those top schools.”

Over time, Narasimhan has witnessed the impact of the club on students.

“I have seen [students’] confidence go beyond expectations and I’ve seen them become better friends with each other and build a lively community,” said Narashiman.

“When a student comes in, if there is a community that they can be part of, they will get a better experience. When they graduate, they will remember us and understand the value of the teachings they received.”

University to expand Center for Leadership

About Us, Administration, News, Science and Technology, Technology and Research, University

The disparity between STEM and the humanities