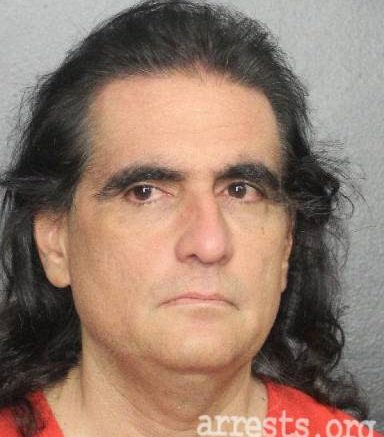 Alex Saab, Colombian businessman and ally of Venezuelan President Nicolas Maduro, was booked in a Broward County jail Saturday following a 16-month extradition battle over his alleged role in a money laundering scheme. Photo via arrests.org.

Alex Saab, a Colombian businessman and dealmaker of Venezuelan President Nicolás Maduro, was extradited to the United States on Saturday Oct. 16 after his arrest 16 months ago in the West African nation of Cabo Verde.

An Interpol red notice circulated for Saab’s arrest was issued in conjunction with a 2019 U.S. Department of Justice indictment which charged Saab and another Colombian national with one count of conspiracy to commit money laundering and seven counts of money laundering.

Saab and his partner, Alvaro Pulido, allegedly laundered approximately $350 million in a bribery scheme centered around a 2011 government initiative to build low-income housing in Venezuela, according to the indictment. Saab has also been implicated in a similar scheme which saw him profit off of a government subsidised program meant to import food to enrolled citizens.

Saab is scheduled to be arraigned Nov. 1 in Miami, the seat of the Southern District of Florida, where bank accounts connected to the businessmen were registered. Several of the meetings which precipitated the deal also took place in Miami.

At the time of his arrest in June of 2020, Saab was purportedly in transit to Iran to secure a deal which promised the Venezuelan government fuel and humanitarian supplies.

His 2020 arrest and 2021 extradition have heightened tensions between the two countries which have been at diplomatic odds for several years.

Prior to the extradition, the Maduro administration maintained that Saab was illegally detained and could not be prosecuted due to his role as a diplomatic envoy, a claim which was further supported by various Maduro allies and the Russian government. However, the DOJ maintained that his extradition “was conducted in full compliance with all relevant Cabo Verdean laws and court rulings,” as told to The New York Times.

His arrival to South Florida marked the first delay in negotiations between the Maduro government and Venezuela’s political opposition.

Beginning in September, government officials and opposition leaders agreed to a more unified approach to a multitude of crises impacting the country, including the release of previously frozen state assets in international banks to purchase foodstuffs and COVID-19 vaccines.

Jorge Rodríguez, who heads the Venezuelan government’s delegation at the summit, announced on Saturday that in response to Saab’s extradition, the government representatives no longer intended to travel to the Mexican capital to continue talks.

In what some consider to be an additional act of retaliation, six U.S. nationals who serve as Citgo executives in Venezuela were removed from house arrest and placed back into custody by state security forces.