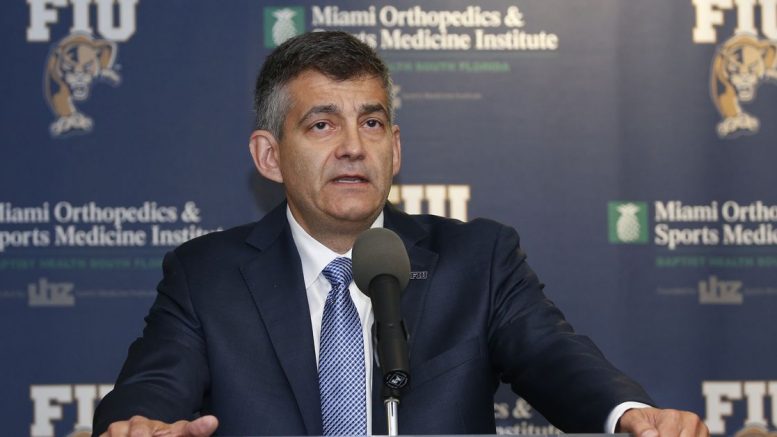 FIU Executive Director of Sports Pete Garcia announced earlier today that he is stepping down from his position.

While no official timetable has been provided, Garcia’s contract officially expires July 31, 2022.

In a statement by FIU president Marc B. Rosenberg released through email and social media, Garcia is not leaving FIU.

“He will transition to the role of Senior Advisor to the President, with a focus on university revenue generation and fundraising.”

PantherNOW will provide more information on the subject as it is provided.