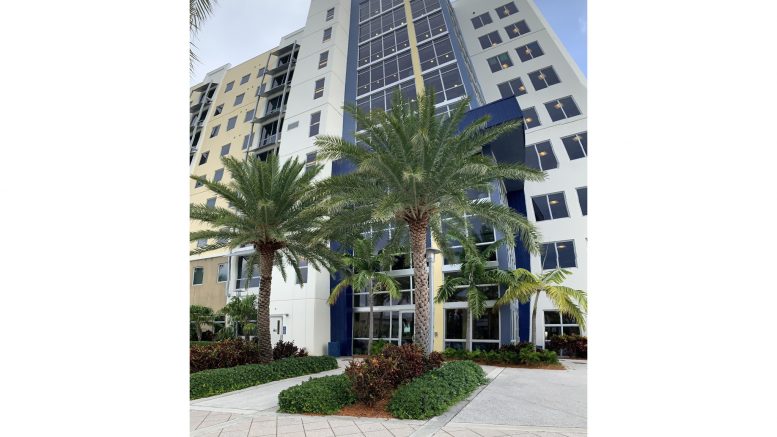 Bayview Hall residents did not expect to apply for emergency financial aid this semester.

An unannounced increase in rent at the student dorms, located on FIU’s Biscayne Bay Campus (BBC), was initiated in September. Students then scrambled to afford housing, including Christina Rivero, Bayview Hall Council president.

“Thank God for that emergency aid,” said Rivero. “But I shouldn’t have had to worry about that.”

Levine was charged $527 more than his original expected bill. Other residents suffered even higher charges of $1,000 or more, according to Rivero.

Jose Rodriguez, Bayview’s regional director of operations, said the issues were minor and caused by a transition to new management. He denied an interview over the phone.

“During this time, management was navigating and learning the software systems that are used to communicate financial information between Bayview and FIU,” Rodriguez stated in an email to PantherNOW.

Bayview management finally discussed the cause of the increases a month after the increase at a Bayview Hall Council meeting.

According to Rodriguez, Biscayne Housing management is working with a new billing system which caused the miscalculation. He claimed the problem was fixed as soon as they were aware of it in September.

However, the original charge still caused problems for students. For Levine, new charges appeared in his account on Sep 9, triggering a hold on his student account.

“That could impact me,” said Levine. “I don’t even know all the things that a hold prevents.”

At FIU, unpaid or unresolved holds can prevent students from registering for class; dropping, adding or swapping classes; getting transcripts; or graduating.

Confusion began even earlier in the summer, when Bayview advertised via Instagram that residents who signed a lease ending in Fall 2021 would receive a free month of rent for July.

Some residents received the discount, but others did not.

Rivero was told by Bayview students who didn’t receive the free month were ineligible because they didn’t meet certain requirements. However, she said the requirements weren’t clear.

“I know a lot of students were confused and obviously very upset,” said Rivero.

When asked to specify the eligibility requirements, Rodriguez was vague in his response and did not explain the requirements.

“We offered various incentives throughout the leasing season,” said Rodriguez. “Those incentives were applied to those students that leased during those promotions.”

That was all management explained regarding the incentives.

Since the fraud allegations, Rodriguez said students’ concerns about the charges have been resolved.

“Bayview’s management team worked very closely with FIU on those issues,” said Rodriguez. “If there are any outstanding issues, we encourage Bayview residents to report them to the onsite team who will work with them to find a resolution.”

However, Rivero said contacting management is often hard to do, as they’re usually unresponsive.

She called on FIU to take action to solve issues at Bayview.

“I want FIU to look into this,” said Rivero. “As someone who lives here, I only criticize it because I want it to be better.”

Michael Slackman, international journalist and correspondent to lecture at BBC

At the Bay, Entertainment

At the Bay, Campus Life!