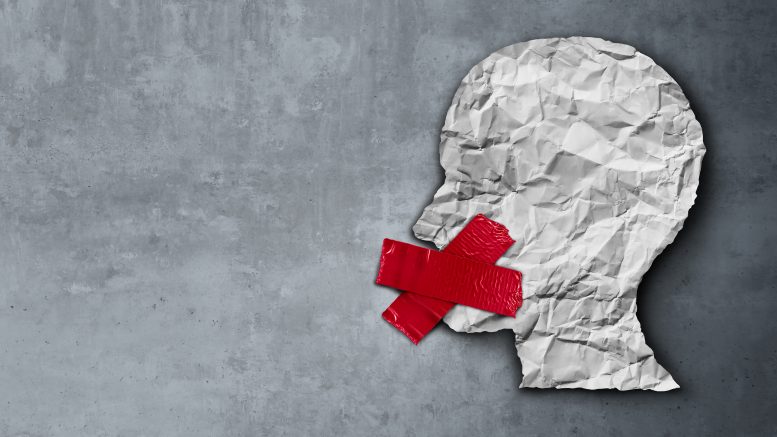 PantherNOW will not stand by as our funding is used to threaten us into silence. We promise to continue writing the truth for FIU’s students and staff.

The opinion piece argued SGA should’ve released a statement in the wake of former FIU President Mark Rosenberg’s resignation over allegations of sexual harassment. PantherNOW took down the column to clarify some points that may have been misleading. We never removed the article because SGA threatened us.

During Monday’s Senate meeting, a student brought the article to the body’s attention. They asked why SGA hadn’t released a statement regarding the investigation.

The student asked the council if “SGA will be standing on the right side of history in this situation.”

“I have no idea why they wrote that article,” responded Nicholas Pastrana, the senate president, referring to the opinion column.

Pastrana asked PantherNOW writers at the senate meeting to identify themselves by raising their hands and told them to stay behind after the meeting to discuss the op-ed.

As the meeting concluded, the Senate Pro Tempore, Maria Paz Grijalba, told members of PantherNOW they shouldn’t write articles that made SGA look corrupt because then students wouldn’t apply in the future.

SGA controls your budget, said Grijalba. She said we need to consider that when publishing stories about Student Government.

“What was said about the funding of PantherNOW was uncalled for and does not constitute an official position of the Student Government,” the email read.

PantherNOW aims to be a reliable source for FIU students and staff. To stay true to our word and journalistic integrity, we will not remain silent about SGA just because they oversee our funding, nor will we accept censorship of our writers’ thoughts and opinions.

“I wrote the article because I believe that the Student Government Association should be the first outlet of information and support for FIU students,” said Raichkova. “Concerns were raised about their silence, and I had the platform to call for a statement publicly.”

Members of SGA should familiarize themselves with the different sections of PantherNOW. Reportedly, some weren’t even aware of the paper’s opinion section. Most newspapers are made up of four sections: News, Sports, Entertainment, and Opinion. The titles are self-explanatory, but some seem confused about what Opinion does.

Opinion columnists can include personal beliefs in their stories. They write articles on how they feel about different current events in FIU, the country and worldwide.

The answer is simple–it was an opinion piece. Raichkova’s article is about why she believes they should have responded quicker. It wasn’t breaking news. Each Opinion column published by PantherNOW, whether print or online, always features a disclaimer separating writers’ views from the official position of the publication.

A news article reporting their lack of response would’ve required a comment from them, but Opinion doesn’t necessarily have to.

SGA did release a statement late Monday night after Raichkova’s article was published. But, they only posted it to their Instagram story, which disappears after 24 hours.

Instead of threatening us and asking us not to write about them, Student Government should take our criticism in a professional manner. PantherNOW is not the enemy, but we will not lie about or ignore SGA’s actions.

“SGA exists to represent students and act in their best interests on academic, extracurricular and social issues,” reads their website’s homepage.

That’s debatable.  Grijalba may not understand the depth of her comments, but they were still entirely uncalled for. How can a person who says something like that genuinely have students’ “best interests” at heart?

PantherNOW is run by student journalists whose main objective is to keep the FIU community informed. When an SGA member holds our funding over our heads, they’re limiting the only source of free press on campus. The only thing they accomplish is ruining their own reputation.

If SGA feels intimidated or threatened by what PantherNOW writes about them, they need to look internally and ask themselves why.