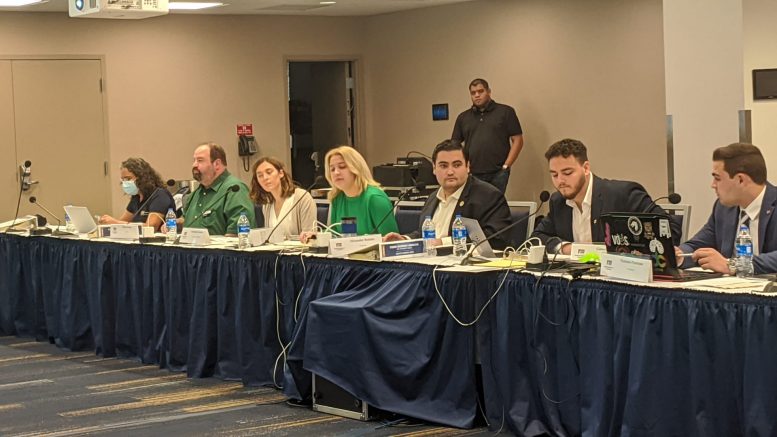 As election season rolls in, PantherNOW remains dedicated to fair and free coverage, and we hope elections stay that way as well. A lot is going on this election season.

The campaign season was delayed, giving candidates more time to campaign and potential applicants more time to apply. While a proposed adjustment to party requirements didn’t pass, it’s a step in the right direction.

In a letter to the editor, Christopher Zegarra addresses the Elections Board denying the formation of the Reform Party due to possible political bias and a lack of transparency. However, it was eligible to be a party.

As an organization that represents student interest, it worries us at PantherNOW to see the similarities between this election and those that took place during 2020.

Like many other years, this means SGA is running under a single-party system, with any opposition solely stemming from independent candidates. Further, these challenges only involve a few seats within the legislature.

Worse yet, only one candidate, affiliated with the current ruling party, is running for SGA President – an easy win, to say the least.

One of the most concerning aspects of this year’s elections is an incomplete judicial branch and no attorney general even though there have been applicants for the position.

Democracy cannot exist without watchdogs to ensure that the people who maintain it are not also abusing their power. These empty positions are the ones mainly responsible for that.

Student government is perhaps one of the most influential bodies at FIU, but it needs unbiased internal leaders who can maintain order.

There’s never a perfect process in leadership. But students should expect transparency and quality from all their leaders, whether it’s from student media or student government.

FIU students deserve an election where all candidates, incumbent or challenger, are treated equally. One in which the Election Board acts as a mediator, not as a political tool used to silence the opposition.

The election board must act transparently and brief all candidates on election codes. It must conduct itself with the integrity and democratic commitment required for an institution that watches over the most significant period of the year.

Paula’s Weekly Round-Up: All the Events Happening This Week