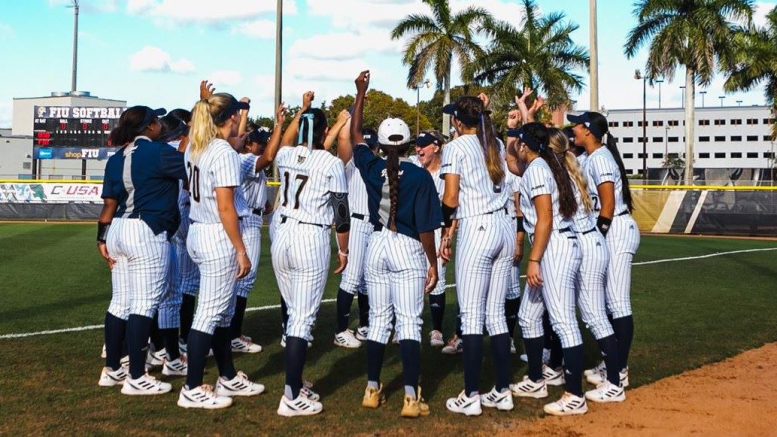 The FIU Softball team lost all three games against the Western Kentucky Hilltoppers and have extended their losing streak to eight games, dating back to March 18th.

WKU quickly took advantage of the game when they scored their first run in the bottom of the second inning, then added three runs in the fourth to make it 4-0 Hilltoppers.

After Western Kentucky tacked on a single run in the fifth to extend their lead to five, the Blue and Gold fought back.

With FIU down 5-4, the inning continued as outfielder Brittany Phillips hit a grounder through the left sidethat scored Gallegos and tied up the game at 5.

Not for long, the Hilltoppers stormed back hitting back-to-back home runs in the bottom of the sixth inning, to get the 9-5 victory in game one.

Saturday’s game went down in a similar way, the Blue and Gold had to settle with another loss.

In the bottom of the fifth, the Hilltoppers scored one more run, making the game 7-0.

However, in the top of the sixth, FIU tried to make a comeback as they scored four runs from a Gallegos RBI single and outfielder Hannah Johanning three-run home run to left field, cutting the deficit to three.

In the top of the seventh, the Panthers tacked on a run from a Phillips RBI double to make it 7-5, but the comeback fell short as the Hilltoppers took game one.

The last game of the weekend ended with a 8-0 loss for the Panthers.

The Panthers are set to head back home to host weekend series header the Middle Tennessee Blue Raiders starting on Friday, April 8 at 6pm