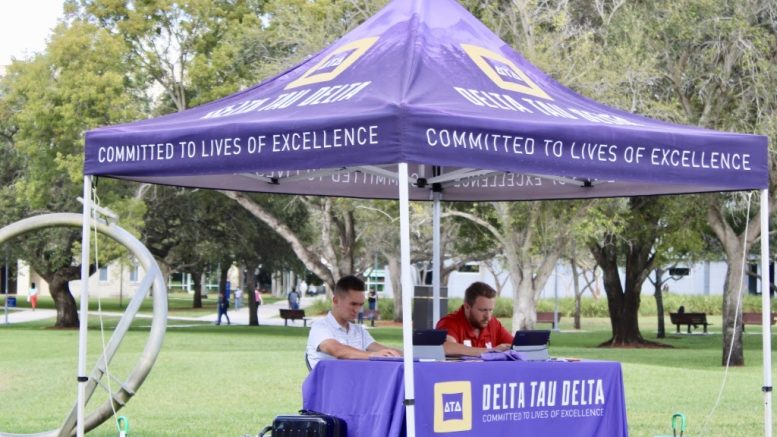 The Student Government Association approved a quarter of a million-dollar fund increase for Greek life as it expects four new fraternities, two of which are returning from previous suspensions.

The SGA executive board approved a $250,000 allocation from the accumulated cash balance account to Fraternity & Sorority Life during a Jan. 24 meeting. This decision was not publicly announced to the SGA senate.

Activity and Services fees, paid by students, funds this allocation.

The funds will add five new staff members to the Fraternity and Sorority Life (FSL) office, according to the meeting minutes. The new positions are director, associate director and three temporary program assistants.

Potential budget cuts to student organizations ranging from 5 to 15 percent were discussed by the SGA Senate on Jan. 24, the same day the $250,000 allocation was approved.

The four new fraternities plan to stagger coming to campus a year apart from each other, according to Nicholas Pastrana, senate president and former Interfraternity Council (IFC) president.

DTD, the first of the four to have begun recruiting, expects to be completely established by the end of February as two representatives table on campus for four weeks.

This makes it the first new fraternity on campus since the FIU Greek pause in January 2018 when all Greek life was suspended for a year as cases of nude photos, jokes about rape and hazing activity were uncovered.

Bryce Bussell, DTD expansion support consultant, hopes to restore integrity to fraternities at FIU by upholding upstanding values of leadership and service within the organization.

“We want to find guys that are leaders on campus, guys that are focused on academics and service,” said Bussell. “We think that that’s an untapped market here.”

Pastrana estimated about 2,000 FIU students are currently members of Greek Life, comprising about 3 percent of the university population.

Alexander Rubido, SGA President, noted that the expansion of Greek life is consistent with post-COVID levels engagement levels and the Greek life community recovering from the effects of the Greek pause, which lowered their numbers.

“I think that any time we bring a new organization on campus, it’s good for Greek life,” said Rubido. “Hopefully, it brings a new organization with new values, new models and new experiences that a greater percentage of our students would want to join.”

Chief of Police Alexander Casas was a member of the committee at FIU that made the decision to allow Greek life back on campus after the pause. The pause was important, Casas said.

“It gave groups an opportunity to refocus and understand that they have to have a commitment to their Greek values.”

When asked how he feels about the return of fraternities that previously had cases of misconduct, Casas pointed out a shift he witnessed in the FIU Greek life community since the Greek pause.

“I’m all for it,” said Casas. “I welcome it back, especially with this new self-awareness I think they’re going to have…or that I hope they demonstrate.”