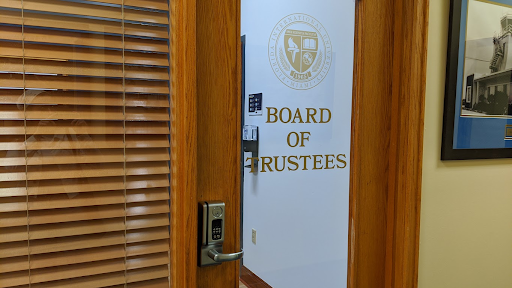 In the midst of statewide concern over House Bill 7 and a post-tenure review regulation from the Board of Governors, FIU’s Board of Trustees met with the Faculty Senate to discuss the regulations and their concerns.

The rhetoric from faculty senators (along with other faculty members at FIU) has been marked by vocal concern that these bills will heavily inhibit the academic freedoms of public university professors.

For universities, HB7 will regulate workplace and classroom discussion around “race, color, sex or national identity” by labeling certain forms of teaching around those subjects as “discrimination”.

BOG 10.003, in its most recent draft, will require all public universities to establish a post-tenure review system that could limit the role of tenure in protecting professors from termination except in extreme circumstances.

While both bills have unique points of concern for professors, the overarching fear for both is potential limits on academic freedom for instructors as well as increased state supervision and impedance.

However, the BOT and FIU’s recently-appointed president Ken Jessell appeared largely untroubled by the bills during the Nov. 15 meeting, offering tepid support to professors while refusing to directly oppose HB7 specifically.

Jessell and Chair Dean Colson began the conversations by affirming their support of academic freedom, highlighting the university’s overall support through references to academic freedom in documents like the collective bargaining agreement, the faculty handbook and the employee code of conduct.

“We all appreciate your support statements, but we’re facing (as far as faculty is concerned) two very serious issues,” Reisner said. “I’m wondering, very directly, what will you do to help us resolve that – to basically advocate against it.”

Jessell’s response echoed other administrators’ replies to similar questions such as FIU’s HB7 work group, simply saying that professors shouldn’t have any issues with HB7 if their work remains “objective”.

“You have a responsibility to be professional in your research and your teaching,” said Jessell “Not doing so would be a violation of academic freedom.”

Regarding post-tenure review, Jessell noted that the regulation allows a university’s own boards of trustees to develop their own standards of tenure evaluation, easing his own concern.

SIPA senator Allan Rosenbaum raised concerns over legal issues over HB7, particularly the potential for professors’ speech to be modified or supervised by the state, due to their state employment status.

“It would seem to me under the circumstances…that the board really has no alternative but to go to the Board of Governors, and ask them to withdraw that part of the argument being put forward by their attorneys,” said Rosenbaum. “It clearly would destroy academic freedom and even go beyond that and eliminate the normal First Amendment rights.”

Colson said he would be happy to speak to the general counsel at the BOG, but would not go much further than that.

“I am not going to take a position on behalf of FIU that is is an opposition to our existing state law at this point in time…we’re a public university and we’re governed by public laws,” said Colson. “I have trouble doing what you want me to go do right now. I think those positions you’re taking are being advocated for by others on your behalf.”

Regarding BOG 10.003, Philip Stoddard, CASE senator, asked that the board soften the language within their purview of university regulations.

Colson and Jessell recommended that professors send their comments and suggestions on the drafted legislation to the BOG – during the meeting Eric Scarffe, UFF-FIU vice president, sent out a letter template to do so.

Between back-and-forth on HB7 and BOG 10.003, senators also asked the BOT about the presidential search process that resulted in the promotion of Jessell to FIU president.

Regarding the effect of recent state law that keeps information about presidential candidates secret for most of the search, Colson saw it as a positive thing for FIU.

“I understand the lack of transparency issues but the quality of the people that were applying to this position greatly exceeded what you would normally get,” said Colson.

He also pointed out that the confidential process encouraged applicants who may have been scared to have their name made public while in another position, further adding that he found the representation on the search committee comforting.

“I understand the issue about sending one name out,” said Colson. “But sitting presidents are not going to allow their names unless they know gonna get the job.”

Senate Chair Deanne Butchey asked Roger Tovar, BOT vice chair, when he decided it was acceptable to announce a single candidate instead of the three finalists that the regulations indicated should be announced in the final phases.

Tovar explained it as being a long and complicated process, with factors like candidate willingness to go public, support and qualifications lending to the announcement of Jessell alone.

“There were numerous situations that led us to coming out with just one individual, it wasn’t just that everybody dropped out,” said Tovar, who said that they did not want to announce a candidate who would likely have little support.

“It was balancing who was willing to come out at this point in time with the process that we had gone.”

Reisner pointed out that regardless of the process, three finalists should have been revealed.

“Every applicant knew that going into process whether or not there was a formal designation of three finalists de facto there were three finalists, and I’d like to know why they were not revealed in accordance at least in the spirit of the law.”

Tovar responded that it wasn’t the law, but a BOG regulation and that the committee simply said they didn’t have three candidates.

After the session the senate picked back up on its regular agenda, approving some curriculum changes. In line with their earlier discussion, senators approved the following resolution against HB7 (the resolution could not be located on their website at the time of publication).

Screenshot of the resolution from the faculty senate Zoom chat. | Elise Gregg, PantherNOW